The medium-sized German company JELU presented its innovative wood plastic composite for the first time at FAKUMA in Friedrichshafen.

From 18 to 22 October 2011, 1,564 exhibitors from 34 countries presented their companies at FAKUMA, the most important plastics processing trade fair in Europe. FAKUMA is the undisputed number 1 trade fair in the world for injection moulding. 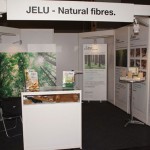 JELU presented itself at FAKUMA 2011

JELU presented itself at the international trade fair with its WPC granulate and wood flour for WPC. The WPC granulate from JELU has proved optimal performance even in injection moulding techniques. JELU presented several injection-moulded parts that had been manufactured with different plastics processing machines. JELU’s WPC granulate and wood flours for WPC attracted great attention among the visitors to the international plastics trade fair. 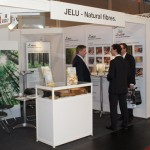 WPC granulate from JELU
Using a self-developed technique, JELU processes wood fibres, polypropylene and additives to produce high-quality and homogeneous WPC mixes. The WPC granulate has already proved its suitability for panel pressing, extrusion techniques and injection moulding. JELU WPC can be metered without difficulty and is able to fully fill injection moulds. It can be processed using conventional injection moulding machines for plastics. The properties of the end product can be customised by means of filler concentration and additives according to the application field.

WPC made by JELU is suitable for all areas of life. and many more. Here you will find more information on WPC granulate from JELU.